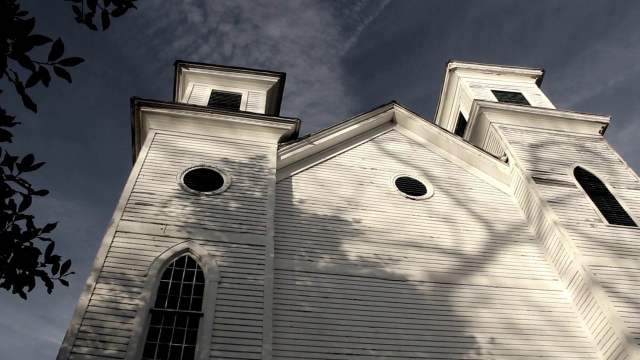 The Beth Salem Presbyterian Church and Manse is one of Georgia’s oldest and most prominent rural churches, organized by John Newton in 1785, and located in Lexington. 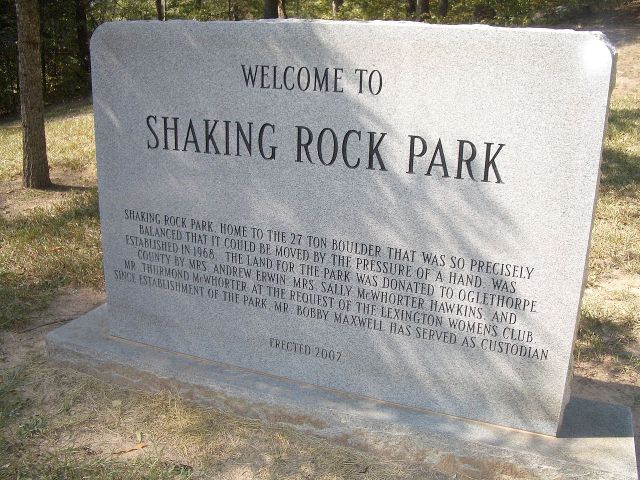 Shaking Rock Park in Lexington
Located near the southern edge of Lexington, this unusual park features huge natural granite outcroppings in unusual shapes scattered throughout the park. An enormous 20-ton boulder, so perfectly balanced that it can be shaken with the pressure of one hand, gives the park its name. The park is complemented by an active beaver pond and nature trails and was once part of Governor George R. Gilmer’s estate.

Lexington National Register Historic District
Lexington is one of the finest extant examples of a typical 19th century county seat in terms of history, architecture, and surroundings. The Historic District encompasses virtually the entire city limits. A walking tour brochure is available from any of the downtown merchants and on the door at City Hall. 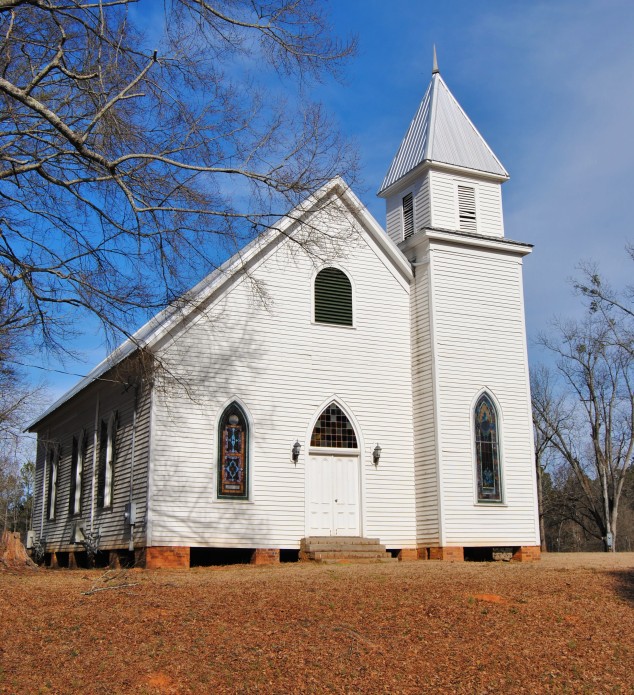 Philomath National Register Historic District
This district is a wonderful representative of a small rural 19th century academic community. The Great Buffalo Lick described in William Bartram’s journal, “Travels” (pub. 1791) and a portion of the historic Bartram’s Trail are located in Philomath in the southeast corner of the county on Highway 22 South. At “The Globe”, a house in the District, General John C. Breckenridge declared the War Between the States over from the front steps and sent his soldiers home. President Wilson has vacationed here. His father preached at the Presbyterian Church in Philomath.

Smithonia National Register Historic District
This district includes a portion of the James Monroe Smith plantation known as “Smithonia”. It was an empire that covered over 20,000 acres with over 3000 workers. It had two railroads, a hotel, mills, factories, streetlights, and stores. To reach the district, turn at the red light in Crawford. This road passes between the recently restored plantation house and the brick barns, previously restored by singer, Kenny Rogers. 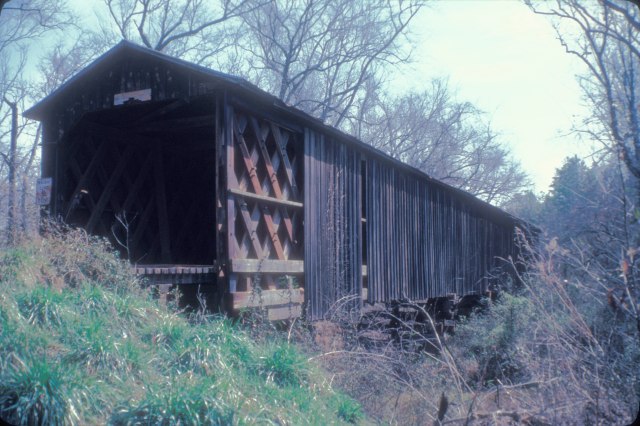 Big Clouds Creek Covered Bridge (aka Howard’s Covered Bridge)
Built in 1904 -1905, this is the longest single span covered bridge in Georgia. Jim Smith’s railroad brought the wood in for the construction. It is built in the Town Lattice design and is one of only eleven covered bridges left in the state. It was placed on the National Register of Historic Places in 2002. From Jim Smith’s Plantation house in Smithonia, turn right at the stop sign. The bridge is located on a road off to the left, just before you reach Especially for You Bed and Breakfast, also on the left. 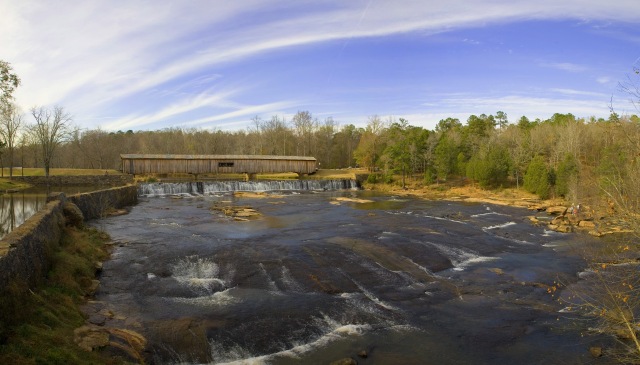 Watson Mill Covered Bridge
The longest original site covered bridge in Georgia is located in one of the most picturesque state parks in Georgia and spans 229 feet across the South Fork River. Built in 1885 by, the bridge is supported by a Town Lattice truss system held together with wooden pins. The Town Lattice design was created by builder W. W. King, the Georgia-born son of a freed slave. The bridge is listed on the National Register of Historic Places. There are campgrounds, hiking and nature trails, bike and horse trails, fishing and canoeing, a picnic area and wonderful rock filled shoals for a cooling dip in the hot summer heat.
The park is located on Watson Mill Road off Highway 22 between Lexington and Comer. 706-783-5349

The Old Crawford Depot
This outstanding mid-nineteenth century granite structure , on the National Register of Historic Places since 1977, was built in 1848, replacing the original wooden structure. Stone used in the construction of the depot were the original railroad cross ties, quarried in Lithonia, GA. This depot has the distinction of being the last remaining stone depot built by the Georgia Railroad. It was used for ammunition storage during the War Between the States. It was originally Lexington Depot, located several miles to the west of the city because the citizens objected to the railroad coming any closer to their town. The town of Crawford, built on part of the land grant of William H. Crawford, grew up around the depot.

Located in downtown Crawford, this historic granite railroad depot, and the adjacent park, are home to the Oglethorpe County Chamber of Commerce. 706-743-3113

Cherokee Corner
Located between the county line and Arnoldsville on Highway 78, is an historical marker dedicated to the settlement of boundary lines for the Cherokee and Creek Indian tribes who were the original inhabitants of this area. After the Treaty of 1773, Cherokee Corner marked a corner in the new boundary line between Indian Territory and the State of Georgia. Cherokee Corner was, for many years, a stagecoach stop, trading post and post office. 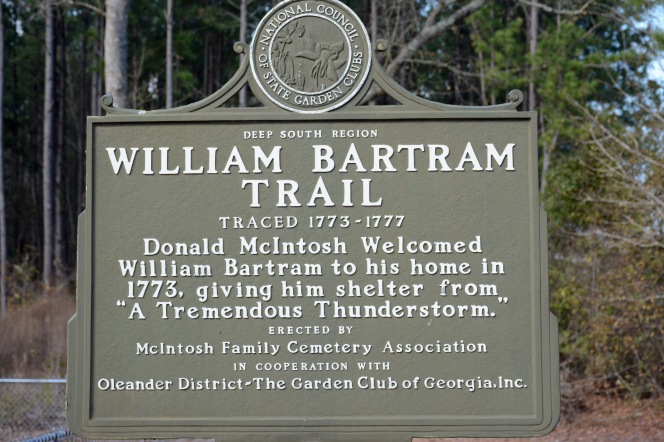 The Bartram Trail
Immediately after the Treaty of 1773 was signed, William Bartram, the famous naturalist, accompanied the team dispatched from Augusta to survey the boundary and explore the new territory. Bartram kept a journal of what he saw along the way, including the Great Buffalo Lick near Philomath. The journal, including notes on his explorations of Georgia, Florida and the Carolinas, was published as “Travels” in 1791 and his route became known as The Bartram Trail. The trail runs through the heart of Oglethorpe County from Philomath to Cherokee Corner. A brochure about the Trail has been published by the Classic South Travel Association. Information about the brochure can be obtained at www.ClassicSouth.org. 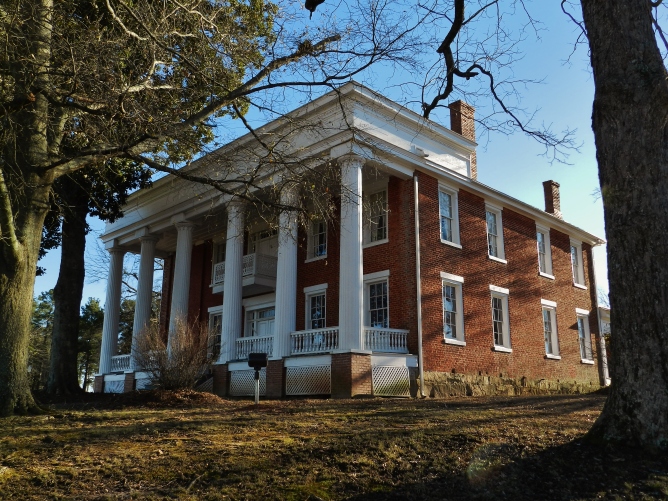 Callaway Plantation
Located on Highway 78 East in adjacent Wilkes County, this marvelous restoration offers representations of like in the various periods of area history. Open to the public for tours.www.washingtonwilkes.com or phone the Washington Wilkes Chamber of Commerce at 706-678-2013. 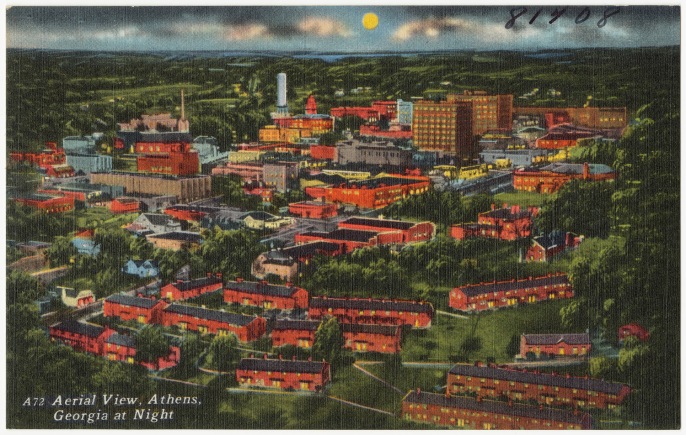 Athens/ University of Georgia
Just 15 minutes west of Lexington is the “Classic City”, the home of the Bulldogs, State Botanical Gardens of Georgia, the 131 acre Sandy Creek Nature Center, and the headquarters of The Garden Club of Georgia. For information: www.visitathensga.com or 706-357-4430.

Legends of Oglethorpe Tour of Homes

Legends of Oglethorpe Tour of HomesOctober 24th, 2020
4 days to go.